3V Tech designs and supplies tailor-made evaporation plants, which can be arranged as skid-mounted units or suitable systems for on-site installation.

Some industrial processes require the concentration of a solution, evaporating the solvent.
Evaporation plants are widely used for concentration of liquids in the form of solutions, suspensions and emulsions.

Evaporator types
3V Tech's evaporation systems, operating under vacuum in the most of cases or at atmospheric condition, optimally use and combine the following technologies: 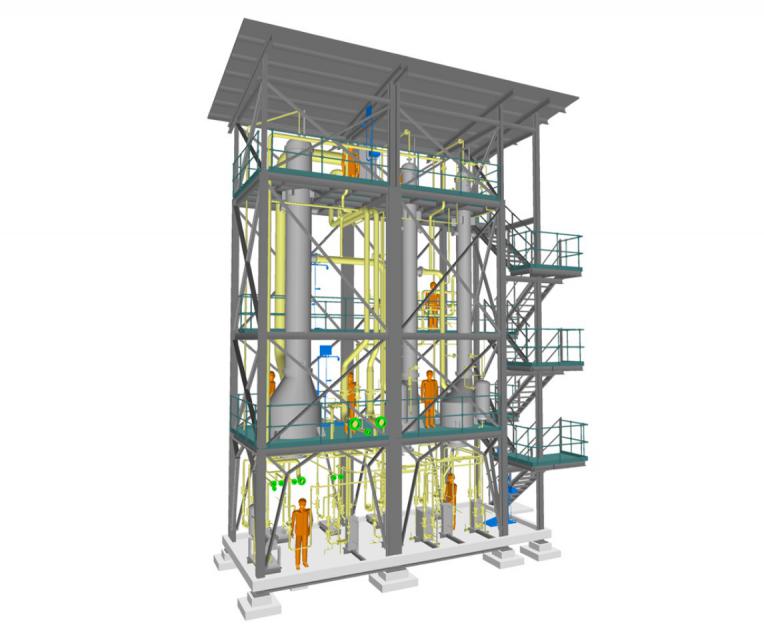 Depending on the application, our evaporators are fabricated with proper alloy or high quality glass-lined.

Energy saving & plant arrangement
To evaporate 1 kg of solvent, an amount of energy corresponding to the latent heat of the same must be provided, plus sensible heat for pre-heating, heat losses, etc. In case of water evaporation, a single-effect evaporator heated by direct steam thus presents a specific consumption of approx. 1,05 to 1,25 kg of steam per kg of evaporated water.
According to the requirements, 3V TECH designs the optimal energetic arrangement of the evaporation plant, in order to minimize capital and operating cost. Some of the options we apply: